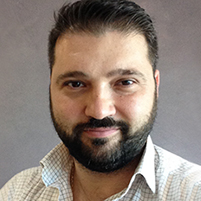 Mr Robert Micu: Specialised in finance, Robert Micu has been working in the Libyan Oil and Gas Industry since year 2000. He administered the finances of the Libyan companies Bustan, Teeji and LCM Oil & Gas, dealing with clients and suppliers on the financial side of the company. He has worked with all major Oil Companies in Libya such as Wintershall, Waha, Remsa, Mellitah and Akakus.

In 2011, Robert Micu was promoted to Branch manager of LCM Oil & Gas in Libya and has led the team in the resumption of the operations in post-revolution Libya. Through his leadership, values and attitude, he drove LCM Oil and Gas Libyan Branch across these challenging times to maintain its stature as one of the key players in the Libyan Oil and Gas Industry.

Mr Micu is currently based in Malta, where he runs the various services related to LCM operations in Libya, in particular for the Offshore Operations in the Mediterranean. He has developed relationships with an array of alliances in Europe and MENA regions, essential to providing the complete services package to our Clients.

With Mr Micu at the helm, LCM Offshore Operations and Maintenance will certainly go a long way as he continues to guide the operations to successful completion of our goals while implementing the values of LCM Group. 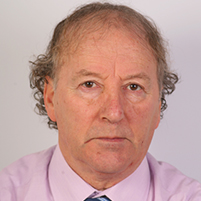 Jose-Luis Dorrego has been at the Head of LCM’s Highline Division since its inception.
​He quickly moved to General Sales for all the LCM service lines. ​
Through his contacts in Latin America and Europe, he always managed to align the interest of our client to the specific challenges of the country we were operating in.

He is responsible for the creation of our market in Libya, and he is now taking on the international expansion of our services in the Middle East, Africa and Latin America.

Mr Dorrego has more than 32 years of experience in the Oil ​Sector. He began his career at Iberoil Corporation as a ​Supervisor, and was soon promoted to Project Manager. He increased his knowledgebase during his employment at LCM Oil & Gas as Project &​Sales Manager.

Mr Dorrego is used to dealing with clients from many different backgrounds. His flexible attitude has cultivated long-term and mutually beneficial relationships between LCM and our customers. His exceptional commitment and loyalty make him a real asset to the company. 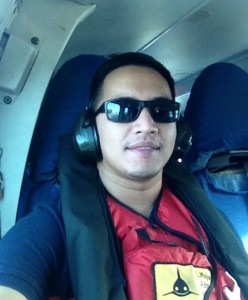 Mr. Ronald Santos is a licensed engineer with several years’ experience in the construction and maintenance of Oil and Gas operations, both Onshore and Offshore.

Mr Santos has been involved in LCM Operations in Libya since 2004, demonstrating his experience and skills in the planning and execution of projects. He has risen through the ranks, starting as CAD Designer, he took on the responsibilities of Project Manager of LCM Libya Operations.

From 2013, Mr Santos has been directly involved in the management of Offshore Operations, and has contributed effectively in its overall improvement and efficiency. In 2014, he was assigned as Offshore Project Manager and currently leads his team of experienced and highly qualified professionals working together for the success of the offshore contracts.

Mr Santos performs a significant role for the development of new contracts and projects, and oversees the tendering and bidding process for all projects.

Mehdi Rheljari has been a serial entrepreneur for the past 20 years with interests in various fields. He has successfully established businesses in Africa and the Middle East, in industries ranging from oil and gas to executive recruiting, telecommunications, real estate, call centres and catering. He is the founder and Managing Director of LCM Hiline.

Mr Rheljari is the founder and CEO of LCM – a group of companies providing services to oil and gas operators, mainly in Libya. He supervises the entire operation, and his clients include most of the major European oil companies (Repsol, AGIP, BP, ENI, Total etc…).

He is the founder of Nortis, a Moroccan-based company providing satellite communication services. Nortis is the leader in this field in Morocco, and is also active in Niger, Senegal and Mauritania. He is also the founder of Bustan, a hotel for business clients. Furthermore, he co-founded the Moroccan branch of the training company Dale Carnegie.

Mr Rheljari is a firm believer in the development of an entrepreneurial culture in specific high-growth sectors.